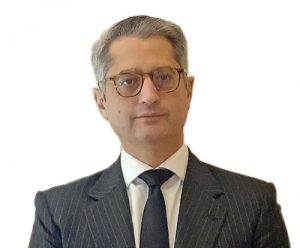 Vitiligo is one of the most intriguing diseases in human history, also one of the first identified, 4,000 years ago, with the first report in 2,200 BC in the territory that is now Iran. Vitiligo is also described in the Bible as a disease called in Hebrew Tzaarat. The name vitiligo was first used in the first century AD and the Latin root can mean calf defect or white spot. It consists of white spots that can affect anything from a small part of the body to the entire integument. The prevalence of the disease in Brazil is estimated at 0.5% and in India at more than 1.5% of the population, and it is an autoimmune disease where there is an attack by defense cells, called T lymphocytes, against melanocytes (cells that produce the coloring of our skin, melanin). Patients have a genetic tendency toward vitiligo, the patients’ melanocytes have foreign substances called autoantigens that cause the immune system to attack them, and the melanocytes more easily go into oxidative stress, releasing substances that cause the lymphocytes to think they are enemies and destroy them. Vitiligo is a disease orphaned by drugs developed specifically for it, and no drugs have been approved by the Food and Drug Administration (FDA), the world’s main drug regulatory body. One of the problems leading to this is that it has been stigmatized as being only a cosmetic disease, when, in reality, besides the great damage to the patient’s self-esteem, those affected are more prone to anxiety and depression. Dermatologically speaking, the lack of melanin in the skin makes patients more prone to burns, skin aging, and the formation of precancerous skin lesions. Vitiligo is also a systemic disease, with some patients experiencing decreased hearing and inflammation in the eyes. In addition, approximately 15% of vitiligo patients have some associated thyroid disease. The main treatment for vitiligo continues to be narrow-band UVB phototherapy, which, in addition to destroying the lymphocytes that are attacking the melanocytes, causes the melanocytes that are close to the affected area to migrate into the white patches, and the melanocytes at the base of the hairs to migrate into the epidermis.

The strategies that have been developed for the treatment of the disease are directed at proteins that inhibit the attack on the melanocytes. The medicines are based on creams, pills, and injectables, developed from genetic engineering, immunobiologicals, small molecules, and herbal medicines. Today I can say that the big pharmaceutical companies have finally realized the importance of the disease and are investing in the search for innovative medicines. The next years will be not only of hope, but of joy and effectiveness in the treatment.